A woman by the name of Diana contacted the Integrity office because her live-in boyfriend of 20 years, Frank, was exhibiting suspicious behavior. After a couple of nights of surveillance, investigators witnessed Frank leave the house shortly after Diana left for work. The investigators followed Frank across town where he arrived at a small house. He was greeted by a woman who appeared to be very friendly towards him. Upon further investigation, Integrity determined the home belonged to his ex-girlfriend, and he was, in fact, staying there regularly while Diana was at work.

Result: Diana returned to the Integrity office several days later to thank our staff for their work. She informed us she broke things off with Frank, changed all the locks, and returned his personal belongings to him; not including the material things she purchased for him during their relationship.

Surveillance and Investigations Win for Client

Maria came to our office during her custody battle with Santiago, the father of her daughter. Santiago made several claims in court that he was not currently employed and could not afford to pay child support. Maria knew Santiago was employed at a local factory with his brother, but was not able to provide reliable evidence for her attorney to present in court. Shortly after Maria hired Integrity, video and photo documentation was obtained of Santiago departing from his residence and traveling to a local factory where he was employed and collecting a paycheck under a false name.

Result: The evidence was provided to Maria’s attorney, and they were able to settle outside of court, on behalf of Maria. Santiago was court ordered to pay child support on a weekly basis, and upwards of $12,000.00 in arrears.

An individual by the name of Angie contacted our office to schedule an appointment for a consultation. She stated that her father, John, had been using internet dating sites. Angie and her family were worried that her father was being scammed and wished to have the situation investigated. John was in a relationship with a woman named Jane. John and Jane were communicating solely through emails and text messages for approximately six months before the family came to our office. Throughout the six-month time span, John sent Jane roughly $40,000.00. Jane requested money for an alleged car accident, money to pay bills, multiple plane tickets to visit him (that were never acted on), money to help her family, and the list went on. When the family came into the office, they wanted to verify Jane’s identity. John wanted to prove he had a legitimate relationship with a real person he met online. Through our investigations, we uncovered that Jane was a real person living in the US, but she never communicated with John, nor did she know who he was. Jane informed us that she had a boyfriend in Nigeria who was building a school. Jane’s boyfriend told her that people would be sending her money as donations for the school, and once she received them, she was to forward the money on to him in Nigeria. The startling discovery was that John was communicating with a stranger in Nigeria who spent their time conning others in the US out of their money, as well. Predators involved in scams meet victims through fake online dating profiles and begin intimate relationships with them in hopes of receiving financial gain. After connecting and consulting with a trusted colleague who has spent a great deal of her time investigating this known dating scheme, we learned this is an actual business in Nigeria. Men and women alike, some as young as ten years old, in a room on the phone and computer all day conspiring against innocent victims.

Result: This case was turned over to the state police departments in which both victims resided and the F.B.I.

Love of His Life Found

Our client, Jax, now a successful Criminal Defense attorney in California, was stationed in Thailand in the 70s. During the time he served, he met and fell in love with a woman named Jai. He talked to our office for hours about his memories of her and how she saved his life, not once, but twice while he was stationed there. August 1973, he was called back to the States and tried to bring her with him, but she refused. She did not want to leave her home and family as the war went on around them. He promised he would write, and he did. After a year of writing letters daily, Jax stopped as the responses seemed less and less like the Jai he remembered and more about the money. It was later determined the letters were being intercepted and it wasn’t even Jai that was replying. Although our client stopped writing, he never forgot her. Nearly forty years later, he hired two different private investigative firms in Thailand. It was the second firm that located her in the U.S., and then a third investigator in California tracked her to Indiana. The California investigator contacted an Indiana investigation company, a colleague of Integrity, who referred the case to our office. Integrity located Jai.

Result: August 2013, Jax flew to meet with Integrity’s staff and was finally able to once again see the woman that stole his heart 40 years ago. As it turned out, she never forgot him either. After a week-long stay, Jax flew back to California to be with his family – who was very supportive of his time in Indiana. The two regularly speak over the phone, and Jax hopes to send Jai on a trip back to Thailand soon so she can visit her family that she has not seen in the 30+ years since she has been in the States.

Julia contacted Integrity Investigations after she became concerned about an individual her mother was dating by the name of Miles. She stated they met at a local bar and things were just not “sitting right” with her regarding him. Her mom ran a daycare in her home, and Julia’s young daughter attended that daycare. Julia returned to work after engaging our services that day. The background check of Miles was so alarming; it was discovered that Miles had multiple criminal records, including murder and several sexual acts against minors, he was a registered sex offender, and had felony warrants for his arrest for violating his parole. Immediately after conducting the background on Miles, our office began urgently trying to reach Julia at work to speak with her. When we could not contact her by phone, we went to her place of employment. We wanted to make sure Julia’s daughter was not in the care of her mother where Miles would have access to her.

Result: Luckily, Julia’s gut instinct led her in the right direction before Miles could harm her daughter or any of the children in the daycare. The authorities were notified, and worked with our firm to arrest Miles and extradite him back to the state where his parole originated.

She Was Looking for Him Too

Bill contacted Integrity Investigations with hopes of finding his high school sweetheart. He explained that he tried to locate her on his own by conducting basic internet searches, but kept getting dead-end leads. In our initial conversation, Bill recalled her first, middle, and last name along with various other intricate details about her. That same day, Integrity was able to locate his high school sweetheart, and ironically enough, she was looking for him too! As it turned out, both were widowed, and although living in different states, they decided to reconnect.

Result: Thanks to Integrity Investigations, the two reunited after 50 years! Integrity was delighted to meet the happy couple when they came to the office to thank our staff personally.

Mattie came into Integrity Investigations in hopes of locating her sister, Mary, whom she had not seen in over 20 years. She explained to us how Mary previously struggled with drugs and ultimately disappeared with a ‘boyfriend’ after deciding she did not want to seek help for her addiction. She left behind two daughters in Mattie’s care. Now, almost 20 years later, her two daughters wanted to be reunited with their mother and introduce her to the grandchildren she never met. With little information to go off from the past 20 years, Integrity Investigations was finally able to locate Mary a couple of hours away in a nursing care facility. Soon after, the family planned a short road trip to surprise and visit with her for the first time in many years. Unfortunately, she was not in good health, and there was suspicion of abuse from her ‘boyfriend.’ It was later determined she was being held against her will by her ‘boyfriend’ in a small home without running water or electricity. The nursing facility was temporary, and she was scheduled to be released back to the ‘boyfriend’ before her family interjected.

Result: Several weeks later, the family transferred Mary to a local nursing home where she could live with her mother and have regular visits from her sister, daughters, and grandchildren. 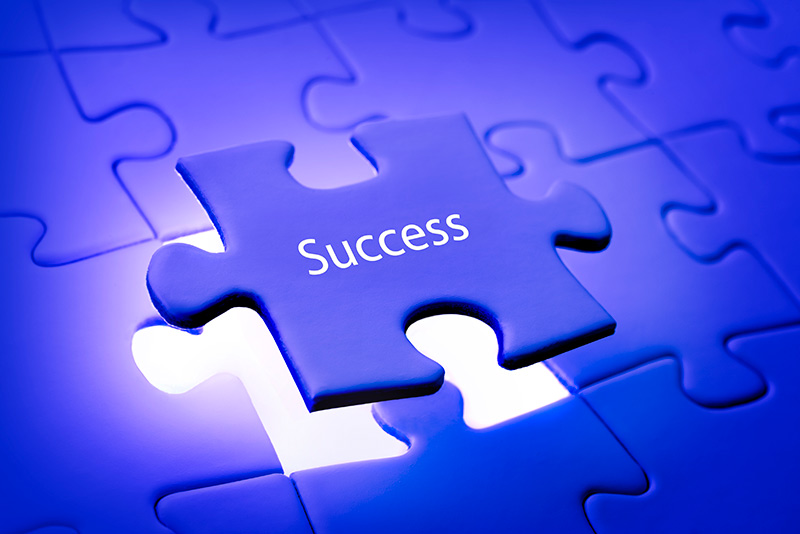